ANTIBACTERIAL EFFECTS OF THE MDPB MONOMER

The primer of CLEARFIL PROTECT BOND has antibacterial effects against bacteria by direct contact thanks to the integrated functional MDPB monomer. As is the case with so many modern developments, the question, “How can that work?” can be answered relatively easily: the pyridinium group as a component of the MDPB monomer (12-Methacryloyloxydodecyl pyridinium bromide) is positively charged. The cell structures of bacteria are generally negatively charged, which is why they are automatically attracted by the positively charged contact points of the MDPB monomer. They then lose their electrical balance, destroying the cell membrane of the bacteria. The bacteria are killed by this process, which is also known as bacteriolysis.
CERTIFIED BIOCOMPATIBILITY

The MDPB monomer is immobilized by the polymerization of the bonding layer. There it remains latently active without affecting the patient’s own cells. The strength of the adhesive is not negatively affected by this process, patented by Kuraray, as is the case when chlorhexidine or other such cavity hygiene products are used. Moreover, it ensures that cytotoxic effects on the patient’s own body cells such as odontoblasts are excluded long-term as well. These test results have been confirmed by the official biological safety test ISO 10993-1. 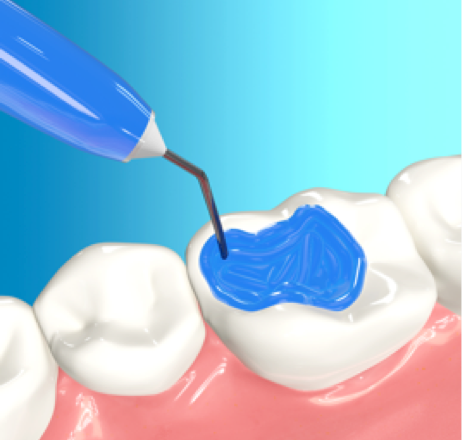 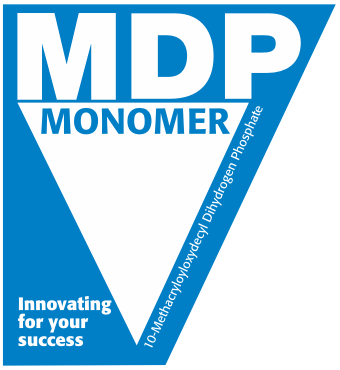